Are Your Hamstrings Weak or Tight?

Posted on November 9 2022 by Simrit Gill 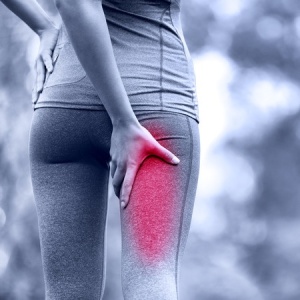 There are a few different reasons why a hamstring can feel tight. Sometimes your hamstrings don’t stretch because your brain senses instability and it “tightens ” your hamstrings. This is easy to test for and fix. Researchers have found some new approaches which are quite effective for helping weak, tight, and/or sore hamstrings.

What should you do if you have a tight hamstring?

Two recent studies compared ART to two common interventions for hamstring tightness. The first study compared ART to the Mulligan Bent Leg Raise Technique (video) on increasing hamstring flexibility. While the Mulligan Technique was found to be effective in this study and a previous study, ART was even more effective.  The second study reached the same conclusion between ART and the Rolfing Soft Tissue Technique.

Fascial Abrasion Techniques (FAT-Tool) therapy was put to the test by researchers on whether it could have a lasting effect on hamstring flexibility.  In the study the FAT-tool and foam rolling both improved thigh muscle flexibility, but only the FAT-Tool’s effect were seen 24 hours later.

Research into foam rolling has found it to be effective.  The best approach is to foam roll the hamstring first and then do some static stretching. It is probably best to stick to a quick routine of a couple of minutes only. Researches have yet to study how long to roll or how hard you should go.  So try a few different variables and see which works best for you.

What is the best exercise to prevent hamstring strains?

What is the best way to rehab a high hamstring injury?